American Made Motorcycle Companies – Made in USA Brands

Motorcycles Made in the USA As a country, the United States is popular as a trailblazer. It is known to take the first step in 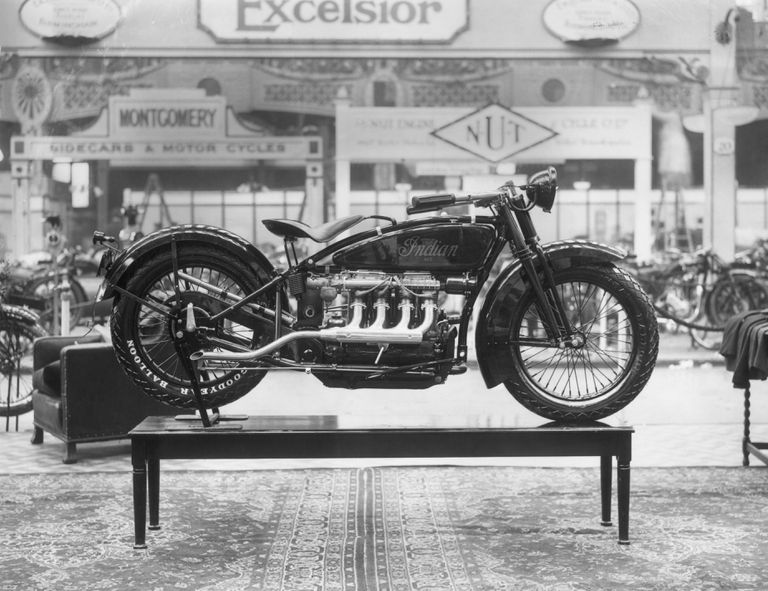 History of the Motorcycle

The motorcycle is a popular means of transportation. It, however, never existed until the 19th century. It is an improved form of the “safety bicycle”. This bicycle has a wheel in front and a wheel at the back. These two wheels are of equal size; however, the back wheel is driven by a pedal crank mechanism.

Unlike some other inventions, the motorcycle is not one that can be traced to one idea. The various ideas that make up the motorcycle as we know it today came from various inventors and engineers in Europe and interestingly at about the same time too.

Process of Becoming a Reality

In the early 1860s, ‘Michaux et Cie’ was established by a blacksmith in Paris. This firm built bicycles with pedals and these bicycles were velocipede. A couple of years after this bicycle was produced, Ernest Michaux, the son of Pierre Michaux who was responsible for setting up ‘Michaux et Cie’ built a powered motorcycle. He did this by successfully connecting a steam engine to velocipedes.

Although this design can be traced to France, it made its way to the United States alongside one of Michaux’s employees who laid claims to the prototype. When this employee arrived in the United States, he went ahead to file for a patent in 1866.

Two years after Pierre Lallement filed for a patent, Sylvester H. Roper came up with the steam velocipede. This device had a coal-fire boiler between its wheels. Although Roper’s contribution towards the existence of motorcycles was significant, it came to an end in Cambridge, Massachusetts at a demonstration of one of his machines.

Still, in 1868, Louis-Guillaume Perreaux, a French engineer, patented a steam-powered single-cylinder machine. This machine was called the Michaux-Perreaux steam velocipede. It had twin belt drives and an alcohol burner.

As the new internal combustion engine became a thing, lots of bicycle makers in Germany and England began designing machines in a way that allowance was made for the newly discovered internal combustion engine. Although lots of firms were into the production of bicycles and were making this adaption around the same period, Hildebrands & Wolfmullër produced the first set of commercial motorcycles. Although this was a landmark achievement, only some hundred units were made.

In 1896, Excelsior Motor Company that started out as a firm for the production of bicycles started producing motorcycles commercially. This firm which is based in Coventry produced motorcycles that were sold to members of the public. Two years after this, Charles Metz built the first motorcycle in the United States. The name of this motorcycle was Orient-Astra and it was built in a Waltham, Massachusetts based factory.

In the same year, Peugeot motorcycle built a motorcycle that came with a Dion-Bouton feature. This motorcycle was presented at the Paris Motorshow. Although Peugeot Motorcycles were not the first to be produced, they are currently the oldest firm that is into the production of motorcycles.

Motorcycles in the First World War

The Fate of Motorcycles after the First World War

During the war, firms like Harley-Davidson played a major role in the production of bikes that were used during the war. The effort of this firm in the production of motorcycles did not end with the war. When the war was over, Harley-Davidson was the biggest manufacturer of motorcycles. It became so big that its products were sold in 67 countries.

The Japanese got into the motorcycle market much later than the United States and countries from Europe. However, when they got in, they soon had a reputation for the production of excellent motorcycles. As a matter of fact, they were so good that their entry had a bad effect on the performance of western motorcycles in the market. Lots of motorcycle firms had to close shop. Those that continued in the game were merely surviving.

While the Japanese dominance of the motorcycle market was on, the worldwide sales on BMW were badly affected. So, to survive, this firm had to re-strategize. Re-strategizing meant coming up with a new design. Once this design was ready, BMW introduced the “slash-5” series in 1970.

How Motorcycles Are Faring at the Moment

Motorcycles have come a long way and just like the 1960s, the Japanese still dominate the motorcycle market in most countries.  Japanese brands such as Yamaha, Suzuki, Kawasaki, and Honda are some of the most famous bike brands around the world. Although these bike brands are world-famous, they are not very recognized in the United States As Harley-Davidson is one of the most popular bikes in the US.

Although motorcycles started in developed countries, they seem to be in much higher demand in developing countries. Beyond just a huge demand for motorcycles, there is a major demand for cheap and small bikes.