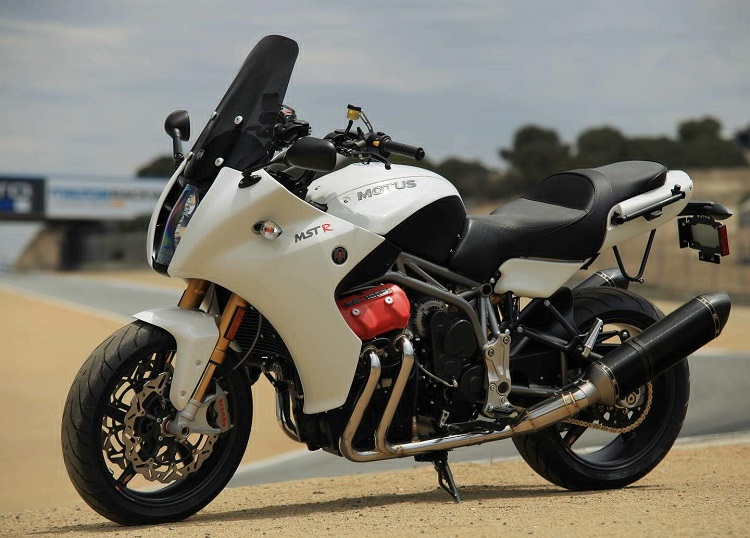 American Made Motorcycle Companies – Made in USA Brands

Motorcycles Made in the USA

As a country, the United States is popular as a trailblazer. It is known to take the first step in many areas specifically technology. While it has been able to achieve a lot in the area of technology, it is especially popular for its motorbikes. There are lots of motorcycle companies in the United States. However, for this article, we will be limited to the best seven.

That said, below are seven of the best American made motorcycle companies.

This amazing bike can be used on and off the road. It costs $7,350 and came into existence in 1963. Since it can be used on different terrains, there is almost no limitation to the places you can ride to.

This bike can ride as fast as 35kmh and has a single-cylinder engine of 208cc. When riding this bike, you can depend on its two-wheel-drive system to ascend a gradient of 60%. That’s not all. It can be used in towing objects that weigh 2,000 pounds.

When riding the Rokon Trail-Breaker, you do not have to worry about where to store water or gas as it comes with hollow wheels that make that possible.

The Motus MSTR is produced in the United States and is a sports tourer that is V4 powered. Although the fact that is V4 is amazing, there is more.  It has a torque of 126 lb-ft and 180 horsepower.

Unlike lots of other bikes that are made with machines that might not pay any special attention to details, this bike is handcrafted. It is made with top-notch hardware and great carbon fiber. The hardware used in making this bike is gotten from Galfer, Brembo, Akrapovic, etc. Although you get to enjoy some level of coolness when riding this bike, you will have to pay a huge sum of $36,975.

This bike comes with the Milwaukee-8 1,753c v-twin engine which is popular for its power. Due to the strength of its engine, it can achieve a torque of 110 lb-ft. While the power of ifs engine plays a major role in its efficiency, it has a light chassis that gives it a very stylish appearance.

Harley-Davidson Street Bob is dynamic easily. This is possible because of the geometry of its frame. It is also able to move through thin angles very. This bike does not contain any extra metalwork. All it is made of are necessities and it has a weight of 630 pounds. Finally, for the quality it offers, it is a very affordable motorcycle. You simply need to part with $14,449 to get this top-quality motorcycle.

Prior to 2017, Victory motorcycle was a big deal. It, however, had issues with business in 2017. This occurred because Polaris, its parent firm made some cuts. Although this closure was good for the business of Polaris, it was not good for the reputation of the bike as it came when Victory 8-ball was becoming a major force at racing events that took place at Pikes Peak and the isle of Man.

Victory 8-Ball features a 1,737cc v-twin engine and a 97- horsepower. It, therefore, is able to achieve a torque of 113 lb-ft. This bike is loved by fans because of its design and speed. It features smooth transmission, single-seat, and big front wheel. When looking to buy the Victory 8-Ball motorcycle, you will have to spend $12,499

This bike is of top-level quality. It has a good number of amazing features and if you are looking to enjoy the many features that come with its 2019 model, you simply need to part with $9,999. This price might be high. Nonetheless, for what you will get from the purchase of this bike, it is a deal everyone should jump on.

This bike has a two Sportster engine and is considered one of the most affordable bikes with this engine type. Every rider of this bike can get a god boost of a 20lb-ft torque because of its 1200cc twin engine. This is a lot stronger than the 883c twin engine that lots of other bikes are known for.

Beyond its power and reliable efficiency, the Harley-Davidson Iron 1200 has an appearance that makes it an item to behold on the street. It handlebars have a mini-ape appearance, it has a seat type that is café racer styled, and tank imaging that is 70s-styled.

This bike is a little different from the other bikes on this list as it is powered by electricity. It comes with features such as a spunky powertrain, WP suspension, Brembo brakes, etc.

This bike comes with a Lithium-Ion battery. This battery can power a PMAC motor which has a horsepower of 42 hp. That’s not all. Alta Motors Redshift SM bike gets completely charged in 6 hours, comes with a range of about 50 miles, has a top speed of 80 mph, and can be purchased for $13,495.

This motorcycle is made by Curtis motors, a firm based in Alabama. It is popular as Confederate FA-13 combat because it was the last motorcycle produced by Confederate motors before it changed its name to Curtiss Motor Company.

If you have an idea of how bikes made by Confederate motors appear, then, you will not need to be told this bike was made by confederate motors. It comes with a cantilever suspension that is properly carved, a billet-alloy frame, as well as a riding stance that is popular with Confederate motors. That’s not all. It is military-styled, dark, and has an intimidating appearance.